Friday will bring showers and clouds, with maybe a stray storm in the afternoon.  Friday’s highs will be mostly in the upper 70s.

Saturday will be another cloudy day, with periods of showers in the afternoon and evening as a front moves in.  Saturday’s highs will be mostly in the mid-70s.

Sunday will feature a mix of sun and clouds with periods of showers, especially in the afternoon.  Sunday’s highs will be in the mid-70s in the east coast metro area and the low 70s along the Gulf coast. 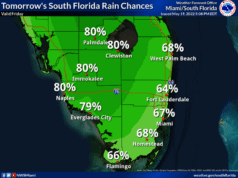 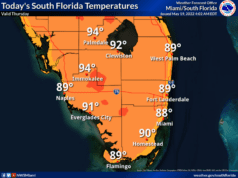 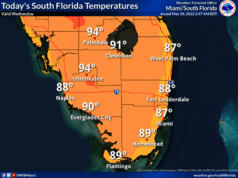 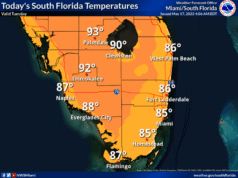 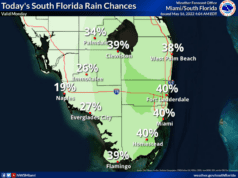 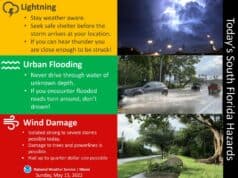