As of today, CBD oil is a thoroughly tested substance. It exhibits the following properties and helps with the following diseases:

Unlike THC, CBD may be beneficial in preventing psychosis and reducing the symptoms of schizophrenia. While psychoactive THC in cannabis seems to trigger psychotic episodes, especially in people with schizophrenia, CBD has the opposite effect, reducing the number of these episodes.

More and more research points to CBD as a natural alternative to antipsychotic drugs that has far fewer side effects. People who experience psychosis may produce too much or too little of the cannabinoids (from overactive dopamine receptors). CBD is a milder cannabinoid than internal cannabinoids, and it helps restore their balance in the brain. CBD also helps reduce inflammation, which often increases in schizophrenia. THC is a stronger cannabinoid than internal cannabinoids (anandamide and 2-AG) and therefore, it may potentially cause psychosis.

In 42 patients with acute schizophrenia, CBD, administered in doses of up to 800 mg daily, improved all symptoms after 4 weeks. The cannabinoid worked just as well as the strong antipsychotic drug (amisulpride) but was better tolerated by patients. Interestingly, by blocking FAAH, CBD also reduced the breakdown of anandamide (an exogenous cannabinoid), which was associated with beneficial effects.

References: Cannabidiol as a potential treatment for psychosis (PMCID: PMC6843725)

CBD can help reduce seizures in people with drug-resistant epilepsy. Participants in a three-month observational study included 23 children and young adults (ages 3-26) with refractory epilepsy. It turned out that purified 98% oil-based CBD extract reduced the number of seizures by half in 39% of participants. The maximum dose used was 25 mg/kg per day, the equivalent of 1750 mg per day for a person weighing 155 pounds.

In another study, CBD also reduced the number of seizures among 214 children and adults with epilepsy. CBD supplementation was safe even at the maximum dose, which was twice as high as in the previous study (50 mg/kg per day). In one study, parents of children suffering from treatment-resistant epilepsy.

In another study with 15 epilepsy patients who were unresponsive to medications, 200-300 mg of cannabidiol daily for 4.5 months reduced the number of seizures.

In a brain imaging study, a single 400 mg dose of CBD reduced anxiety in 10 people with seasonal affective disorder (SAD) works by reducing blood flow to part of the limbic system, which is often overactive in this type of disorder. The cannabinoid increased blood flow to another region that is important for cognition and motivation (the posterior cortex).

Here is a full guide on CBD oil and anxiety-related disorders:

It appears that, with more research, the benefits of CBD may extend to individuals with different types of anxiety including panic attacks.

Though it is known that using cannabis increases appetite and calorie intake, paradoxically, research shows a lower BMI, less obesity, and a reduced risk of diabetes.

An observational study included a group of 4,657 adult men and women who used marijuana in the past and present. It turned out that they had lower fasting glucose and insulin levels (by 16%), smaller waist circumferences, lower BMI and insulin resistance (by 18%), and higher HDL levels. Since all of these factors are associated with diabetes, marijuana appears capable of reducing the risk of this disease.

In research, CBD prevented diabetes in young mice prone to this condition. Only 30% of CBD-treated mice had diabetes, compared to 86% of untreated mice.

A study on mice shows that CBD can prevent and delay the destruction of insulin-producing cells in the pancreas. It can also reduce the number of inflammatory cytokines in diabetic mice by transferring the Th1 to Th2 immune response. For humans, this would be particularly important for type I diabetes, which has a strong autoimmune basis.

Studies suggest that taking CBD before bedtime improves the quality of sleep for people with insomnia. As it turns out, cannabidiol can help improve the quality of sleep due to its relaxing, anxiety-reducing effects. It seems that CBD has a significant advantage over THC, which may reduce sleep quality in the long run.

In practice, individuals who use marijuana for insomnia prefer strains richer in CBD than THC because they help similarly and are not addictive (in a study of 163 adults buying marijuana). 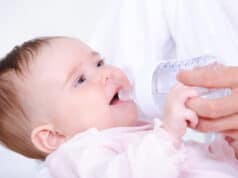 Abbott CEO: We’re sorry about the formula shortage. Here’s what we’re doing to fix it. – Opinion 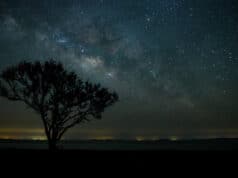 Florida Is Home To One Of The 5 Best Parks For Stargazing In The U.S 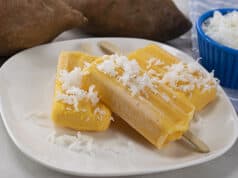 Sweeten Up Summer With A Frozen, Fruity Snack (Video Recipe) 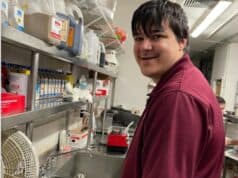 Property Insurance Fix: It Won’t Be About Lowering Rates 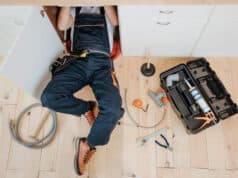 My House in Florida Has Water Damage. What Now?

Florida Is Home To One Of The 5 Best Parks For...