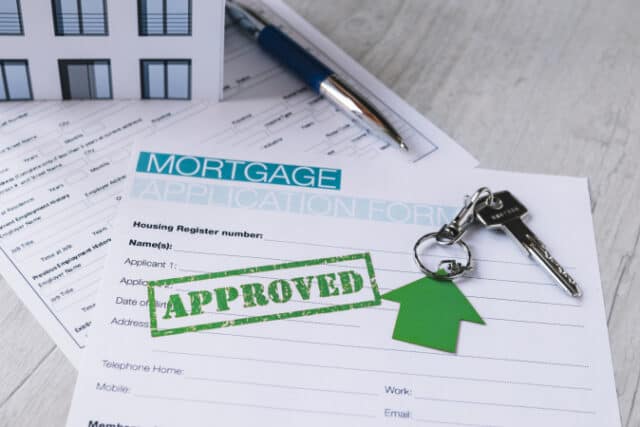 In an effort to rein in raging inflation, the Federal Reserve boosted interest rates in early May. The move had been anticipated by the mortgage market — mortgage rates rose to 5.38 percent in a recent Bankrate survey of lenders, which was completed just before the Fed’s announcement that it was raising rates half a point.

The Fed’s hike, its second this year, is designed to cool an economy that has been on fire since rebounding from the coronavirus recession of 2020. That dramatic recovery has included a red-hot housing market characterized by record-high home prices and microscopic levels of inventory.

Home prices are driven not just by interest rates but by a complicated mix of factors, so it’s hard to predict exactly how the Fed’s new direction will affect the housing market. In the short term, higher rates are challenging for both homebuyers (who have to cope with steeper monthly payments) and sellers (who could experience less demand for their homes).

“More than a decade of chronic underbuilding and millions of millennials moving into the homebuying stage of life have created a significant imbalance between housing supply and demand,” says Greg McBride, CFA, Bankrate’s chief financial analyst. “While rapidly rising mortgage rates may temper the demand somewhat, don’t expect home price appreciation to come to a halt. A more modest pace of appreciation is the likelier outcome.”

How the Fed affects mortgage rates

The Federal Reserve does not set mortgage rates, and the central bank’s decisions don’t move mortgages as directly as they do other products, such as savings accounts and CD rates. Instead, mortgage rates tend to move in lockstep with 10-year Treasury yields.

But the Fed does set the overall tone for mortgage rates. Mortgage lenders and investors closely watch the central bank, and the mortgage market’s attempts to interpret the Fed’s actions affect how much you pay for your home loan.

At the end of its March meeting, the Fed announced a one-quarter point increase in its federal funds rate, with more increases on the way in 2022. It was the Fed’s first increase since 2018. The central bank had slashed rates to zero at the start of the pandemic.

The May rate hike was the second of what could be seven bumps in 2022, says Clare Losey, assistant research economist at the Texas Real Estate Research Center at Texas A&M University. “Such increases diminish purchase affordability, making it even harder for lower-income and first-time buyers to purchase a home.”

How much do mortgage rates affect housing demand?

Now that rates are on the rise, how will that affect home sales and prices? The answer isn’t clear, but there are past examples of housing markets booming even as mortgage rates rose.

In the 1980s, mortgage rates soared as high as 18 percent, yet Americans still bought homes. In the 1990s, rates of 8 percent to 9 percent were common, and Americans continued snapping up homes. During the housing bubble of 2004 to 2007, mortgage rates were higher than they are today — and prices soared.

The National Association of Realtors (NAR) says the housing squeeze is easing ever so slightly. The inventory of homes for sale inched up to a 2.0-month supply in March, compared to a record-low 1.6-month supply in January.

For now, the housing market remains difficult for buyers.

Yun says the average monthly mortgage payment has jumped 28 percent over the past year, a bit of sticker shock that’s bound to reverberate through the housing economy.

“I expect the pace of price appreciation to slow as demand cools and as supply improves somewhat due to more home construction,” Yun says.

Next steps for borrowers

Here are some tips for dealing with the new climate of rising interest rates:

Bankrate, posted on SouthFloridaReporter.com, May 9, 2022