The latest stock selloff has pushed major indexes, such as the Standard & Poor’s 500 and Nasdaq Composite, into correction territory – a decline of 10 percent or more from a recent high. While some investors may be running scared already, there could be even more downside to endure. If stocks were to sink 20 percent from the highs, it would be considered a bear market. And with the way things have been going since the start of the year, investors could stumble upon that bear sooner rather than later, especially if the Federal Reserve continues to dial back its COVID stimulus further and faster.

The S&P 500, a key bellwether of the market, peaked at 4,818.62 in early January, and it’s been almost nothing but down since then. That’s a move that many experts in a recent Bankrate survey foresaw just last month.

But how can you survive a stock market correction or worse, a bear market? Here are five crucial things to avoid when markets are flashing red.

5 things to avoid doing during a down market

1. Don’t check your portfolio every day

Checking your portfolio every day can be a recipe for making emotional, short-term decisions — and those rarely work out well. Watching your portfolio fall seemingly every day is a strain that even great investors don’t want to bear, so reduce your exposure to this panic-inducing practice.

If you must check your portfolio, do so at a regular period – say, weekly – though even longer may be better. You’ll do better if you keep your emotions and those of others out of your decisions.

2. Don’t get caught up in the moment

It’s incredibly easy to get caught up in a moment of panic and do something rash. The market’s panic will infect you easily (see point no. 1) if you let it. You’ll try to avoid losing money by selling right now at any price in order to stop the pain. It’s what psychologists call myopic loss aversion. You become so trained to avoid immediate pain that you’ll sacrifice all future prospects of gain.

Instead, it’s important to focus on the longer term and to keep your mindset farther out. Focus on the business rather than the stock, since stocks fluctuate a lot more than the actual business.

Those who sold during the downturn of March 2020 – statistically some of the worst days ever for the S&P 500, as COVID began to wind its way around the world – went on to watch the market rise steadily for nearly two years afterward.

Because of loss aversion, it can be oh-so-tempting to simply sell and not look back. That might stop the pain right now, but you could well be hurting your long-term future by doing so.

Instead, it’s valuable to re-assess what you own and why. Are your stocks backed by well-run companies that have a bright future ahead of them? Or are they riskier assets from highly speculative companies or maybe cryptocurrencies that aren’t backed by anything?

Solid companies with strong future prospects will pull through this downturn, as they’ve done in prior ones. But there’s no guarantee that weaker companies or assets will. So, it’s best to understand if you’re investing in something for the long term or just here for a short-term trade. Then decide whether to sell, hold or even buy more while the market is lower.

If you have a pressing need for your money as a retiree or soon-to-be one, you’ll want to carefully consider your investments as part of your financial plan. While investors with long investment horizons should probably do little or could even add more to their portfolios during a correction, other investors will want to assess their immediate financial needs.

One strategy for retirement investors is to take out only the funds they’ll absolutely need over the coming year. They’ll minimize the investments they’re selling and give the remainder a chance to rebound. Then in future years it could make sense to have a sizable cash cushion to allow them to ride out future downturns.

It can be a tough balancing act for those who aren’t working because they are often unable to take advantage of a market dip and add to their portfolio at what is often an attractive price. But you’ll have to balance your financial needs today against the need for money tomorrow.

5. Don’t say “you’ll wait until the market is safer”

“I’ll wait until the market is safer before I buy back in.” Many investors tell themselves this little fib as a way to soothe their conscience when the market scares them into selling. They justify their actions by saying that they’ll buy at a lower price later. And sure, sometimes they can.

But as often as not, the market rebounds before they’re able to buy back in. These investors are left having “bought high and sold low” and with prices having rebounded, they’re forced to buy at a high again. And they set themselves up for another “buy high, sell low” cycle.

Because it’s difficult — if not impossible — to consistently time the market, many experts recommend adding to it regularly in a practice called dollar-cost averaging. And one of the best times to start doing this is when stock prices are down from prior highs. That’s when stocks have fallen – not when they’ve already risen – but it’s also when most people are afraid to act.

Stock market corrections can throw many investors for a loop, so that’s why it’s pivotal to be able to respond in the way that works best for your long-term interest. Strip away sources of emotion from your decision-making and find the path ahead that fits your needs. 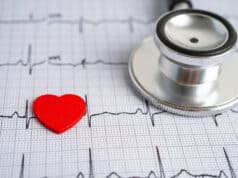 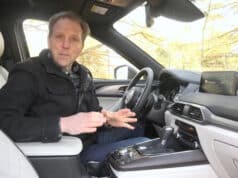 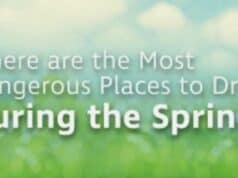 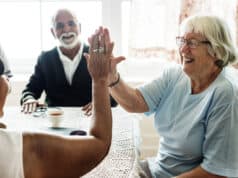 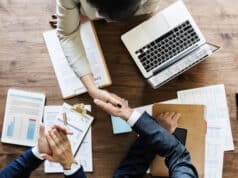 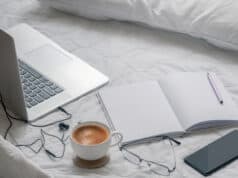