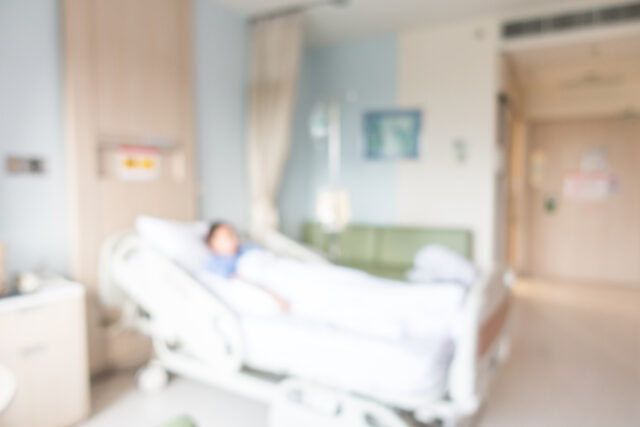 Over time, bacteria and other microorganisms can evolve resistance to antimicrobial drugs, which include antibiotics, antivirals, antifungals, and antiparasitics. This makes common infections increasingly hard to treat and potentially fatal.

In 2019, 1.2 million people died from antimicrobial-resistant (AMR) infections worldwide, and the World Health Organization (WHO) estimates that the annual death toll will increase 10-fold by 2050.

Overprescribing of antibiotics and poor infection control promote the development of drug resistance.

There have been concerns that increased antibiotic use to treat secondary infections associated with COVID-19 has accelerated the development of AMRs, but direct evidence has been lacking.

According to a new U.S.-based study, the pandemic increased the rate of hospital-acquired AMR infections compared with pre-pandemic levels.

Resistance before and during the pandemic

However, the rate was 4.92 among patients who tested positive for SARS-CoV-2, which is the virus that causes COVID-19.

The researchers also investigated if the patients developed their infection before or after they were admitted to the hospital.

There was a decline in the community-onset AMR rate, from 2.76 before the pandemic to 2.61 during the pandemic.

Among patients whose infection began in the hospital, however, the AMR rate increased from 0.77 to 0.86.

The hospital-onset AMR rate was highest among those who tested positive for SARS-CoV-2, at 2.18 for every 100 admissions.

“This is probably a reflection of multiple factors during the pandemic, including the potential higher severity of illness for COVID-19 patients, longer hospital length of stay, and infection control and antimicrobial stewardship practices, particularly early in the pandemic,” said one of the authors, Dr. Karri Bauer, a pharmacist working with the pharmaceutical company Merck.

Dr. Bauer told Medical News Today that as the pandemic proceeded, clinicians gained a better understanding of which patients were at risk of developing bacterial infections.

“It is always important that infection control and antimicrobial stewardship are optimized to minimize hospital-associated infections,” said Dr. Bauer.

“It is imperative to continue to evaluate AMR and determine strategies to mitigate this global health threat,” she added.

Dr. Aaron E. Glatt, chair of the department of medicine and chief of infectious diseases at Mount Sinai South Nassau in Oceanside, NY, said he believes a surge in antibiotic prescribing in hospitals during the pandemic contributed to the increase in resistance.

“There are potentially long-term consequences if this is not addressed,” said Dr. Glatt, who was not involved in the study.

“Certainly, our knowledge of COVID-19 has tremendously improved and it is not necessary to normally prescribe antibiotics for the treatment of new COVID-19 infection,” he told MNT.

He added that other factors probably contributed to the increase in resistance during the pandemic, including longer hospital stays, and secondary bacterial and fungal infections in patients with severe COVID-19.

High use of steroids and other immune-suppressing agents may also have played a part, said Dr. Glatt.

“I think there are many lessons that physicians can learn from this pandemic that could mitigate resistance development in future outbreaks,” he said.

Physicians should not prescribe antibiotics when there is no clear evidence that they are needed or beneficial, said Dr. Glatt, who is a spokesperson for the Infectious Diseases Society of America:

“[W]hile it is very difficult to watch and do nothing for a very sick patient, sometimes it is actually preferable to do nothing than to provide inappropriate therapy because you are desperate. A basic rule of medicine remains — Primum non nocere — first, do no harm.”

MedicalNewsToday, posted on SouthFloridaReporter.com, May 2, 2022