Our Love Of Burgundy Wines

When we became interested in wine, we first visited France, arguably the most revered wine growing region in the world and certainly one with the most influence on winemaking. Although we liked the Bordeaux region, we found ourselves drawn to Burgundy where pinot noir and chardonnay excel. Our love for Burgundy hasn’t changed. 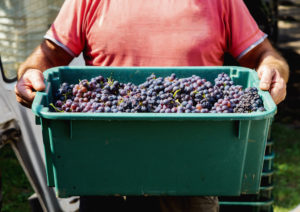 Burgundy stands in sharp contrast to other wine growing regions in France. You won’t find the palatial chateaus that demonstrate the grandeur of Bordeaux. Its people are more like farmers who prefer walking the vineyards to sitting in a stuffy board room. While large negociants – Bouchard, Louis Latour, Louis Jadot, Joseph Drouhin – are household names among burgundy fans, it is the small producer who make some of the most exquisite burgundy.

Unique to Burgundy are the dizzying number of vineyard owners, many of whom own only a row or two of vines. Many plots are farmed by so many farmers, a producer has to blend their grapes to make enough wine to sell.

At the heart of Burgundy is the Cote d’Or, or “golden slope,” which is composed of Cote de Beaune and Cote de Nuits. Chablis, Beaujolais and the Maconnais are also part of Burgundy, but the Cote d’Or that is considered the primary region for grand and premier crus. 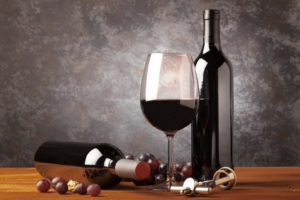 To this day we crave fine burgundy, but the escalating prices of grand crus took us out of the game long ago. The wines from the communes of Clos de Vougeot, Aloxe-Corton, Puligny-Montrachet and Beaune can easily cost more than $300 a bottle. However, recently we have been having fun finding gems from the Maconnais and Cote Chalonnaise where communes such as Girvy, Mercurey, and Montagny are producing good wines for a lot less money. Even in the Cote d’Or there are smaller villages, such as Santenay and Marsanny, where producers are selling pinot noir and chardonnay for less than $50 a bottle.

Finding the good ones can be a frustrating experience. We love the nutty chardonnay from Meursault, but the best go for $100 or more a bottle. When we see one for $40, we gamble on it and are routinely disappointed. There are so many mediocre wines in Burgundy that you need a guide to point you in the right direction.

Recognizing the reputable importers, printed on the back of the label, helps. Kermit Lynch, Becky Wasserman and Robert Kacher are just a few of the importers we have relied on to choose good peasant burgundy.

And major burgundy houses – Louis Jadot and Louis Latour, for instance – have invested in the Cote Chalonnaise. 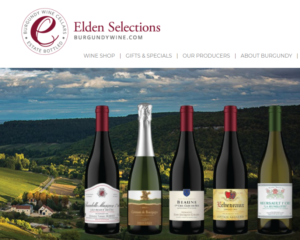 More recently, we have discovered Elden Selections, an exclusive burgundy producer owned by ex-pats Eleanor Garvin and Dennis Sherman who have lived among Burgundians since 1992.  They represent 30 producers and sell more than 250 burgundies on their web site, www.burgundywine.com.  While some of their grand crus sell for well more than $100 a bottle, it’s not hard finding selections well under $50. We recently ordered a half dozen bottles and were stunned by the quality-to-price ratio. The web site provides a lot of information about the producer and the region. Mixed cases start at around $350.

Tom Marquardt and Patrick Darr have been writing a weekly wine column for more than 30 years. Additional Wine reviews on MoreAboutWine, Jan. 6, 2020