By Patty Vila, SouthFloridaReporter.com, Cuba Expert, Sept. 11, 2015 – Tomorrow Havana will host the first meeting of the Bilateral Commission  whose creation was announced by Foreign Minister Bruno Rodriguez and  Secretary of State, John Kerry, this past August 14 after the reopening ceremony of the U.S. Embassy on the island.

The General Director of the U.S. Foreign Ministry for Cuba, Josefina Vidal will head the Cuban delegation, while the U.S. will be led by the Deputy Assistant Secretary for Western Hemisphere Affairs, Department of State, Edward Alex Lee.

The Bilateral Commission will deal with new areas of cooperation beneficial to both countries, discussion on bilateral and multilateral issues, and unresolved issues between Cuba and the United States. After more than five decades of hostility, U.S. and Cuba reestablished diplomatic relations on July 20. 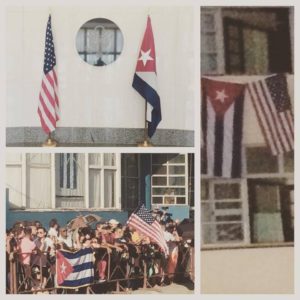 This past August, John Kerry issued a historic visit to Cuba to preside over the official ceremony to reopen the American Embassy in Havana, which led the restoration of the diplomatic phase between the two countries. It was on that day that Secretary Kerry and Foreign Minister Rodriguez announced the creation of a commission to advance the bilateral relationship and define the normalization of ties.

Several obstacles for the normalization of relations is the U.S. embargo on the island, the Naval Base of Guantanamo and the issue of Human Rights.